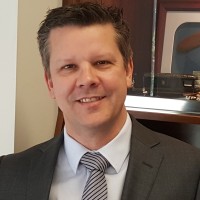 Stephen Stroner is the managing director of UPS Australia and New Zealand.

Based in Sydney, Australia, Stephen is responsible for the strategic management of the UPS business including growing the small package, freight forwarding and contract logistics operations in these two markets.

Stephen started his career with UPS Australia in 1991 as an operations supervisor and was promoted to Industrial Engineering Manager in 1996. In 2000, with UPS as an official sponsor of the Sydney 2000 Olympic Games, Stephen was appointed as the main project manager to coordinate personnel, logistics and transportation needs for the International Olympic Committee and played an instrumental role in delivering a successful logistics experience for the Games.

In 2004, Stephen’s industrial engineering manager role was expanded to include Asia strategy and planning. A year later, he took on the role of Senior Marketing Manager to support the 2008 Beijing Olympics project, where UPS was nominated the Official Logistics and Express Delivery Sponsor. Stephen was appointed as the national operations manager for UPS Australia in 2007 before expanding his geographical scope as operations manager for the UPS South Asia District in 2011. In this role, he was part of the team that drove UPS’s growth and expansion strategy in the Southeast Asian markets.

Prior to his current appointment, Stephen was the Industrial Engineering Manager for Supply Chain and Healthcare Logistics in the Asia Pacific region  from 2011 to 2013. He played an instrumental role in expanding UPS’s healthcare distribution network in Asia Pacific region and oversaw the opening of three new healthcare facilities in Hangzhou and Shanghai, China, and Sydney, Australia respectively.

Stephen was born in London and holds a Master’s degree in Management from Macquarie Graduate School of Management.