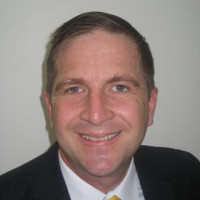 Tom Harden is the General Manager of International Operations for TNT Australia, New Zealand and Pacific Islands and has been with TNT Express for over 15 years.

Over the 15 years he has worked in a variety of operational and network roles within Australia.

In 2012 he relocated to Shanghai to head up the North Asia Global Network team responsible for the line haul networks of  Japan, South Korea, Taiwan, Hong Kong and China.

Tom and his family moved back to Sydney in March 2015 where he took up his current position.