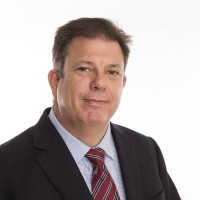 Peter Langley has worked for TNT for 20 years and took on his current role of Managing Director Australia, New Zealand and Pacific Islands in July 2014.

Peter’s first 10 years with TNT were spent in the Australian business unit, originally in the role of Sales and Marketing Director with Comet and Kwikasair. He then became Regional Director for Southern Region (Victoria) and then Domestic Director of Sales, marketing, Customer Service and Special Services. During this time he oversaw TNT’s integration with Ansett Freight, Ansett Couriers, Mcphee and Riteway.

In 2005 he relocated to Jakarta to take up the role of General Manager International Express and Logistics for Indonesia. From there he moved to Shanghai to head up TNT’s North Asia business (Japan, Korea, Taiwan and Hong Kong) before taking up the position of Managing Director of Greater China (Mainland China, Hong Kong and Taiwan), where he stayed for five-and-a-half years.

Peter grew up in Mount Isa in Queensland before moving to Brisbane to attend secondary school and university, where he studied commerce and marketing. Peter is married and has three sons.