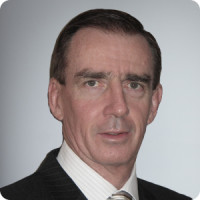 Kim has worked in the transport industry since 1974 and has held management roles in a variety of fleet management, information technology, logistics and operations roles with Ansett, TNT, Brambles and FedEx.

Originally from Victoria, Kim has lived in Sydney since 1984. Prior to joining FedEx in 1999, he worked in

Kim joined FedEx in 1999 as Senior Manager, Operations, responsible for courier operations, airport operations, domesticÃ‚ linehaul, international linehaul, and gateway operations. From 2007 until 2010 he was responsible for business improvement initiatives in Hong Kong, Thailand, Singapore, Malaysia, Australia and New Zealand, and while in this role, also spent time in Indonesia, Vietnam, China, South Korea and Japan. He was appointed into his current role in December 2010.

Kim has the following tertiary qualifications:

He is married, and has two sons.